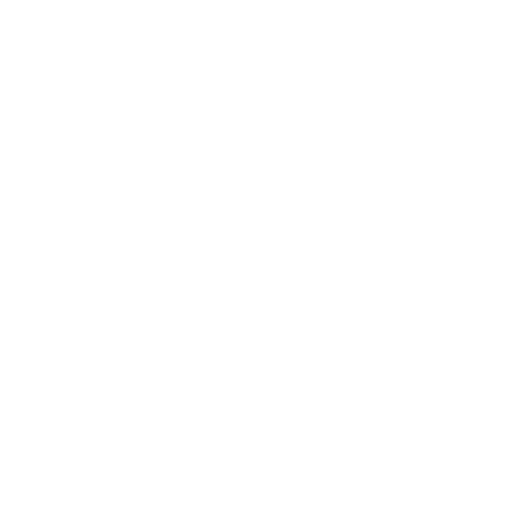 Device recalled after links to multiple patient injuries and deaths.

Did your HeartMate II device fail or cause you side effects?
Free case review 

The HeartMate is a small implanted heart pump, also known as a left ventricular assist device (LVAD), that is used to help pump blood in those with heart failure or weakened hearts.

What is the HeartMate II LVAD?

The system consists of an internal pump that is connected to an external unit containing batteries and controls.

The HeartMate II device, which can cost as much as $330,000 with implantation, has become the most widely used heart pump in the world, with nearly 29,000 devices sold. It was originally approved in 2008 as a temporary treatment for those awaiting heart transplant surgery. However, in 2010 the FDA approved it for permanent use in those who can’t undergo a transplant.

On March 29, 2017, Abbott Laboratories issued a product alert affecting 28,882 HeartMate II controllers worldwide, after receiving at least 70 reports of the devices malfunctioning while patients attempted to change the battery controller at home.

Of the reported cases, 26 resulted in patient death and 19 involved serious injury. However, experts believe this may only represent a small percentage of the actual number of patients affected.

On May 23, 2017, the FDA classified the alert as a Class I recall, the agency’s most serious designation for those products that pose life-threatening danger to consumers.

Frequently Asked Questions
1. Why are patients filing lawsuits against the maker of HeartMate II?

The initial maker of the HeartMate II device, Thoratec, was bought by St. Jude Medical in 2015, and then by Abbott Laboratories in January 2017. Regardless, the companies have continued selling the device for nearly a decade despite numerous patient deaths, a prior recall, and safety warnings by independent researchers and the FDA.

Thoratec was first warned by the FDA in 2012 for failing to disclose patient deaths linked to their HeartMate II devices, and for not notifying the public of the defects causing those deaths.

That same year, the company first recalled the Heartmate II due to mechanical failures that could cause internal bleeding, reduced pump flow and the worsening of heart failure. However, they continued selling the devices.

A 2014 study from The Cleveland Clinic uncovered severe risks of blood clots associated with the HeartMate II LVAD. However, warnings weren’t issued for more than a year afterward.

Finally, the manufacturer knew of rising patient deaths from issues switching controllers as early as 2014. And, although the FDA has designated the latest action a Class I Recall, the manufacturer insists it is only a “communication” issue with physicians.

Lawyers believe the company is liable to those affected by injury or death from malfunctioning HeartMate devices due to their failure to properly warn or protect patients.

2. Which patients qualify for a HeartMate II lawsuit?

However, since most patients don’t know which model they received, all of those who were implanted with a HeartMate II LVAD are urged to learn if their system is affected.

If you or a family member suffered device failure, worsening of heart condition, injury or death due to a malfunctioning HeartMate II device, you may qualify for substantial compensation. It is important to speak with a lawyer about your legal options.

3. Are other LVADs at risk?

Since the HeartMate LVAD is the smallest and most lightweight ventricle assist device on the market, it is the most widely used. However, other models, such as the HeartWare from Medtronic, are also used in thousands of patients.

The HeartWare VADs have been hit with their own recalls in the past due to problems such as moisture leaks. However, they are not included in the current FDA recall for dangers associated with switching controllers.

4. Does it cost anything to file a HeartMate lawsuit?

The process for investigating whether you qualify for a lawsuit is simple and it costs nothing to file a claim unless you receive compensation.

By contacting DrugNews, you can speak with a lawyer today who can ask some preliminary questions to determine if your case should be investigated further. If you decide to retain a lawyer, they will then gather your medical records and appear at all necessary events to file your case.

Your case will be handled on a contingency fee basis, meaning your lawyer only receives payment if you do. Also, they will cover all cases costs up front, and you aren’t responsible for them unless you receive an award.

5. How much are Heartmate II lawsuits worth?

Every lawsuit has a different value based on the patient’s age, medical condition and future treatment needs. Also, the death of a patient can substantially increase the level of damages sought in the lawsuit.

The first lawsuit filed over the death of a HeartMate patient was settled in 2013 for an undisclosed amount. So far, there have been no publicized trial verdicts or settlements for HeartMate cases that would give an average value. However, lawyers expect these cases will seek damages well into the hundreds of thousands of dollars for injury, or into the millions in the event of a patient death.

In what is believed to be the first case filed over the death of a HeartMate II patient, a Louisiana widow sued Thoratec after her husband died from malfunctions suffered while he attempted to change his device controller.

Pete Bush received his HeartMate II LVAD in 2008 and he and his wife were instructed about how to replace the controller in the event of an emergency. Upon hearing multiple alarms from the device one evening in 2012, they attempted to switch controls while seeking the assistance of a nurse. Tragically, however, Pete died from device malfunction in the process.

The lawsuit, originally filed in a Louisiana State Court, was transferred to federal court in 2013 and settled the day before trial was scheduled to begin.

This class action lawsuit, filed in 2014 on behalf of investors of Thoratec, claimed that the company gave false and misleading information to both medical providers and shareholders regarding the safety of the HeartMate II device.

The case alleged that reports of severe blood clot risks from the device, which were not reported by Thoratec, resulted in decreased value to investors.

This case, one of more than 700 filed against Abbott alleging birth defects from their anti-seizure drug Depakote, was filed by the family of a 12-year-old girl afflicted with spina bifida after her mother used the drug during pregnancy.

In 2015, a St. Louis jury awarded the family a combined $38 million in damages on the basis that Abbott didn’t properly warn her mother or her doctor about the birth defect dangers associated with the drug.

In 2012, Abbott Laboratories pled guilty to criminal charges of illegal promotion of its anti-seizure drug Depakote for unapproved uses, and agreed to pay $1.5 billion in fines and penalties as a result.

The settlement concluded a multi-year investigation and charges filed by the Justice Department over the company’s practices.

FDA grants premarket approval for Heartmate II to be used temporarily as a bridge-to-transplantation for patients awaiting heart transplant.
FDA grants approval for Heartmate II to be used as destination therapy, or a permanent solution for those with weakened heart function.
FDA warns HeartMate II manufacturer Thoratec of failing to disclose malfunctions in the product that contributed to a patient’s death.
The FDA announces a recall by Thoratec of the Heartmate II due to 29 reports that the sealed outflow graft bend may become unattached, causing increased risks of bleeding, reduced blood flow, and aggravation of heart failure.
Cleveland Clinic study published in New England Journal of Medicine notes an alarming increased trend in the number of blood clots occurring with patients fitted with Heartmate II devices.
Thoratec issues instructions for added training and label changes after reports show increased number of injuries and deaths while patients change from primary LVAD controller to the alternate controller.
FDA issues an alert for doctors and those implanted with LVAD pumps based on an increased risk of blood clots occurring within the device, as well as increased risk of internal bleeding.
Abbott issues a warning to doctors covering the nearly 29,000 HeartMate II devices implanted worldwide after more than 70 reports indicate the pumps malfunctioned while patients tried to switch controller units. Among the cases are 26 patient deaths and 19 severe injuries caused by device failure.
The FDA re-classifies Abbott’s product warning as a Class I recall, based on the potential for the device failures to cause serious injury or death. Abbott, however, insists the issue only involves communication issues with doctors.

Those who’ve suffered heart injury or lost a loved one as a result of a defective heart pump face the added realization that the product they entrusted with their life failed them in their time of need.

It’s important that those affected not face the expense of future treatment or burden of this loss without help from the company responsible for their situation. It is here that lawyers act on your behalf to find who is at fault and seek proper compensation.

However, beyond a few names from TV commercials, most people don’t know which lawyer is best to handle their case.

Cases like these for defective medical devices are unlike most others, and are often handled away from where you live. A few important things to consider are the lawyer’s experience, resources and involvement in similar cases.

First, you obviously want a lawyer or law firm with significant experience handling cases similar to yours. When damages reach into the millions of dollars, you want to make sure your lawyer is familiar with the science, technology and medical terms associated with your defective device and your injury.

Next, because these cases are fought against multi-billion dollar companies, you want to make sure your lawyer has the resources to finish your case when faced with unforeseen challenges. Even though your lawyer may be located in a different state, they should be able to come to you to meet, travel to all necessary events on your behalf, and cover all costs in advance.

Finally, it is important to ask if your lawyer is handling hundreds of cases similar to yours, or only a few. Medical device manufacturers will know which law firms are the biggest threat based on the number of cases they are handling. This can make a difference in how much you receive in a potential settlement, and how long it takes for the manufacturer to look at your case.

DrugNews works only with law firms that dedicate their practice to defective drug and medical device lawsuits, and have handled thousands of these highly specialized and valuable cases.

Contact us today to get more information on the current warnings, recalls and litigation surrounding LVAD heart pumps, and to talk directly with a lawyer at no cost.

Sources of information
FDA Safety Communication. HeartMate II LVAS Pocket System Controller by Abbott-Thoratec: Class I Recall - Due to Risk of Patient Injury and/or Death during Backup Controller Exchange. (May 23, 2017).
Retrieved from www.fda.gov