J&J recently discontinued its talcum baby powder after it was linked to deadly ovarian cancer. So far, thousands of women have filed lawsuits and $3 billion has been awarded. See if you qualify.

Talcum is the common term for talc, a mineral regarded as one of the softest on earth.

In May 2020, Johnson & Johnson finally stopped selling its talcum baby powder after countless studies linked it to deadly ovarian cancer. However, thousands of victims have already filed lawsuits in special multidistrict courts in New Jersey and Pennsylvania, and judges have ruled that new cases against the company can proceed since they failed to warn of the dangers.

This summer, a Missouri appeals court upheld a massive $2.1 billion verdict awarded to a group of 22 victims in that state, rejecting attempts by J&J to have the cases thrown out. In their decision, the panel of judges ruled that Johnson & Johnson’s conduct of concealing the dangers of their product was "outrageous because of evil motive or reckless indifference."

Now, a Federal Judge has ordered lawyers for J&J to prepare a pool of 1,000 cases from which the next test trials will proceed, further paving the way for new verdicts and adding pressure on the company to reach a settlement with victims.

So far, more than 19,000 past users of Johnson & Johnson Baby Powder or Shower to Shower have come forward to file lawsuits after being diagnosed with ovarian cancer. Unfortunately, experts believe many more have yet to be diagnosed or have not contacted a lawyer. If you or a loved one have been affected, it is important to speak with a lawyer to preserve your legal rights as soon as possible.

Numerous studies in recent decades have linked talc, or talcum powder, with an increased risk of ovarian cancer when used in feminine hygiene products.

Since it was first introduced in 1893, Johnson’s Baby Powder has become one of the most iconic brands in the world. It is used in a multitude of ways to fight moisture, irritation and maintain freshness for both children and adults.

Unfortunately, both products use talc as an active ingredient. Commonly known as talcum powder, this mineral has for years been linked to ovarian cancer when applied as a feminine product.

Now, amid reports that Johnson & Johnson knew of the potential dangers of their products but hid them from the public, the company is facing thousands of lawsuits from cancer victims and their families.

Records show Johnson & Johnson may have known of the risks of ovarian cancer from its products for 30 years or more, but has not warned consumers. 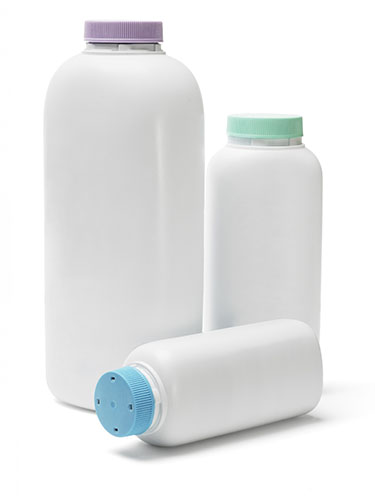 16 independent studies concluded there is a possible increased risk of ovarian cancer from the use of talcum powders for feminine hygiene. On average, they find a 33% increased risk from the substance.

While doctors suspected talcum powder may have respiratory risks as early as the 1970s due to its similarities to asbestos, it wasn’t until 1982 that the first targeted study revealed the potential risk of ovarian cancer.

Dr. Daniel Cramer of Harvard Medical School led a team of researchers that found women who used talcum powder either as a feminine moisture powder or on sanitary napkins had a 92% higher occurrence of ovarian cancer, while those who used both methods had a 328% increased risk.

In the years since, at least 16 independent studies have concluded there is a possible increased risk of ovarian cancer from the use of talcum powders for feminine hygiene. On average, they find a 33% increased risk from the substance.

Among these were a study from Washington State published in 1997 in the American Journal of Epidemiology that found women between the ages of 20 and 79 who had used talcum powder in the genital region were 50% more likely to have developed ovarian cancer.

In 2004, the International Journal of Cancer published a study from the Cancer Registry of Central California conducted from 2000 to 2001 that found women who had used talcum powder were 37% more likely to develop ovarian cancer. Interestingly, those who had undergone tubal ligation were less likely to have developed the disease.

In 2010, one of the largest studies to date on the subject was published in the journal Cancer Epidemiology, Biomarkers & Prevention. Researchers from Harvard School of Public Health tracked over 66,000 women between 1982 and 2004, finding that those who had undergone menopause and used talcum powder for feminine hygiene were 21% more likely to develop endometrial cancer.

In 2011, a three-year study from the University of Illinois of over 2,000 women found that those who had used talcum powder for feminine hygiene after bathing had a 27% higher occurrence of ovarian cancer. Finally, the latest study of the effects of talc powder on ovarian cancer, released in December of 2015, was led by none other than the doctor that started the discussion in 1982: Dr. Daniel Cramer.

Seeking to clarify what actual mechanism of injury may lead talc to increase ovarian cancer risks, Dr. Cramer’s team followed over 4,000 women, half of which had been diagnosed with the disease. Researchers found that, in addition to an overall 33% increased risk with genital talc use, those women who had used the powder longer had an even greater risk.

Also, this was the first study to suggest that talcum powder may cause an inflammation response in the hormones estrogen and prolactin, leading to ovarian cancer.

Talcum is the common term for talc, a mineral regarded as one of the softest on earth.

Made up of magnesium, silicon and oxygen, this rock is mined primarily in Western Australia, France and the Western United States.

Talc rock can be ground into powder for use in a variety of products. These include drywall boards, soapstone, rubber, plastic, food, pharmaceuticals, coatings, crayons, soap, ceramics, fillers, chalk and lubricants.

However, the best-known use for talc is as the active ingredient in baby powder. The substance was invented by the Johnson & Johnson pharmacist Dr. Frederick B. Kilmer, who suggested a physician seeking a medication for a patient’s skin irritations try scented Italian talcum powder.

Today, the baby powder market is estimated to be greater than $500 million worldwide, and is still dominated by Johnson & Johnson products.

Reports indicate Johnson & Johnson may have known for decades that their Baby Powder and Shower to Shower products containing talcum had the risk of causing ovarian cancer, but continued to sell them regardless.

Cancer risks may have been known for years.

Based on the failure of the company to warn consumers, and evidence suggesting they may have even intentionally concealed the risks, lawyers believe Johnson & Johnson is liable to those affected by ovarian cancer.

So far, nearly 5,000 victims and their families have filed Talcum Powder lawsuits against Johnson & Johnson in special courts in Missouri, South Dakota and New Jersey.

The first of these cases to go to trial in October of 2013 was filed by Deane Berg, who developed ovarian cancer after using Johnson’s Baby Powder. Although a federal jury in South Dakota decided that the product contributed to Ms. Berg’s ovarian cancer, they did not award her any damages.

However, in the latest case to reach trial, A Missouri jury ruled that the death of a 62-year-old mother was certainly due to Johnson & Johnson’s product.

Ovarian cancer is a rare form of the disease that develops in the female reproductive glands known as the ovaries. These organs are responsible for producing eggs, as well as the female hormones estrogen and progesterone that regulate bodily functions.

Ovarian cancer may begin in the cells of the epithelial outer covering of the ovaries, in the germ cells that produce eggs, or in the stromal cells that bind the ovaries together and produce hormones. The cancer may be further distinguished as either serous, endometrioid, clear cell or mucinous.

While the majority of ovarian tumors are benign (non-cancerous), some develop into malignant (cancerous) forms that can spread to different parts of the body.

Ovarian cancer is rare, accounting for only 3% of female cancer cases each year. However, it is the leading cause of death among cancers of the reproductive system. Around 20,000 women in the United States are diagnosed each year, and over 14,000 die, according to the CDC.

The most commonly used treatment options for ovarian cancer are surgery, chemotherapy, radiation therapy, hormone therapy and targeted therapy. Usually, a combination of these are used together.

Jacqueline Fox testified that she was raised on Johnson’s Baby Powder and the Shower to Shower brands of talcum powders. In fact, she used them every day for more than 35 years thinking they were safe. Tragically, she was diagnosed with ovarian cancer in 2013 and died last October at the age of 62.

Following her death, her son kept his promise to pursue her case, which began trial in February of 2016. The court and jury heard about the numerous studies linking the products to cancer, how Johnson & Johnson executives had discussed the risks in secret but failed to warn the public, and how Ms. Fox kept using them without knowing the dangers.

On February 22, 2016, the jury returned a verdict of $72 million in favor of Ms. Fox’s family against Johnson & Johnson. While $10 million was intended as compensatory damages, a whopping $62 million was marked as punitive damages to punish J&J for their actions.

While the historic case of Ms. Fox will face appeal by J&J, this verdict sets the tone for future lawsuits and the likelihood that Johnson & Johnson will seek to settle the cases without much more litigation.

Lawyers are urging anyone who has been affected by ovarian cancer after using Johnson & Johnson talcum products to learn their legal options as soon as possible. The time to file a claim may be limited.

DrugNews works only with lawyers that have handled hundreds of Johnson & Johnson talcum powder lawsuits, and were involved in the recent historic case of Jacqueline Fox. Contact us today for more information, or to speak directly with a lawyer about your case at no cost.