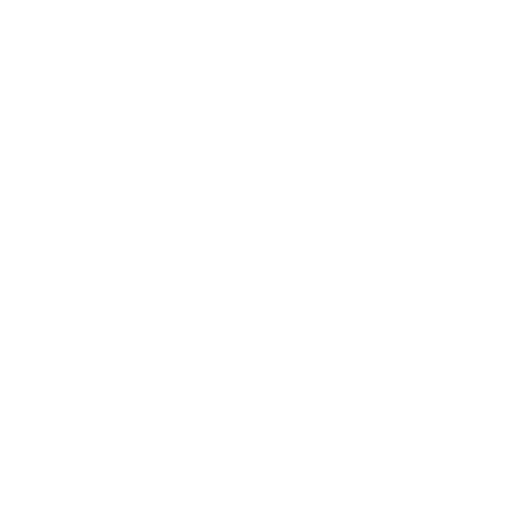 Lawyers are helping those affected by defective & recalled shoulder devices.

Is your shoulder implant part of the recall?
Free case review 

Zimmer Biomet is the second-largest medical device manufacturer in the world, each year selling more than 1 million artificial knee, shoulder, hip, ankle, foot and elbow implants. The company has over $4.5 billion in annual sales.

On December 20th, Zimmer instituted a Class I recall of one of its most popular shoulder implant devices, the Comprehensive Reverse Shoulder. This device reverses the normal anatomy of the shoulder, putting the ball on the shoulder blade and socket on the upper arm, in order to allow the deltoid muscle to control the arm.

The Zimmer shoulder device used in some of the most severely effected patients, including those who’ve developed arthopathy shoulder arthritis and those who have already had a failed shoulder replacement surgery.

The recall was made after the Zimmer Biomet shoulder implant was found to fracture at higher rates than expected. These fractures may cause device breakage, separation, severe pain, the loss of shoulder function, need for replacement surgery, infection or even death.

According to the FDA, Class I recalls are for devices that have a “reasonable probability’ of causing “serious adverse health consequences or death.”

However, in their recall, Zimmer only notified doctors, hospital staff and administrators of the danger. No patients were notified and doctors were instructed that increased patient monitoring was not necessary.

Also, Zimmer Biomet had knowledge of the potential for device fractures as early as 2010, when a prior recall was issued on the same product. However, they continued to sell the defective shoulder implants for several years.

Zimmer now faces liability for selling a dangerous product, and failing to adequately warn patients about the risks. Lawyers are helping those with defective shoulder implants file lawsuits.

Frequently Asked Questions
1. Which patients are eligible for a Zimmer Biomet shoulder lawsuit?

The Zimmer Biomet Shoulder Recall affects implants distributed between October 2008 and September 2015, which could have been used in implants up to the date of the recall.

Anyone who underwent shoulder replacement or implant surgery from 2008 through December of 2016 and received a Zimmer Biomet implant should learn if their device is included. Those who received the defective devices are eligible to file a claim.

The claim process is simple. Contact DrugNews to speak with a lawyer today. They can review your medical records and determine if you are eligible at no cost.

2. Is there a Zimmer Biomet shoulder implant class action lawsuit?

While there isn’t a Zimmer class action lawsuit at this time, lawyers are filing individual cases for those affected in several different federal court districts around the country. These cases are likely to be combined into one central multidistrict litigation (MDL) court for quicker handling.

MDL cases, sometimes referred to as mass tort litigation, give victims the benefits of a class action case without many of the pitfalls.

First, participants in a class action must join someone else’s case. They can’t pick their own lawyer and they have very little control over decisions like settlement or whether to proceed to trial.

Plaintiffs who file their own lawsuit and have it consolidated into an MDL, on the other hand, get to choose a lawyer they are comfortable with. They also remain more involved in decisions about their case. Finally, MDL cases often return much greater compensation than class action cases.

3. How much are Zimmer shoulder lawsuits worth?

It is difficult to predict the value of any single lawsuit, as it depends on a number of factors like the degree of injury or defect, the age of the patient, and whether the patient needs shoulder revision surgery.

In 2016, Zimmer paid $350,000 to settle one of the first lawsuits filed over a faulty shoulder device. However, your case could be worth more or less. For many shoulder cases that involve severe complications, repeat surgery and painful rehabilitation, lawyers expect damages will reach into the hundreds of thousands of dollars or more.

4. What is necessary to file a Zimmer shoulder recall lawsuit? How long does it take?

The process to start a case is simple and takes only a few moments. By contacting DrugNews, you can speak with a lawyer today at no cost who will ask a few questions, review your case and see if it qualifies for further investigation.

Once you decide to let a lawyer represent you, they can begin the discovery process, which is gathering medical and surgical records to find out if you received a defective device. If so, they will file a formal lawsuit. It can then take a year or more before the court sets a date for trial and settlement meetings, during which time your lawyer continues to prepare your case.

Regardless, it is not likely that you will have to travel out of state, and you are not responsible for anything such as costs or attorney's fees unless you prevail and receive an award.

This case, filed in 2014 by Mr. Alfonse Alarid from Colorado, is believed to be the first lawsuit against Zimmer Biomet over a defective Comprehensive Reverse Shoulder device. Mr. Alfonse alleged he had suffered the failure of two different shoulder devices, causing the need for painful revision surgeries.

Mr. Alarid’s shoulder implants were part of a prior recall that occurred in 2010 for similar fracturing issues. Just before the date his lawsuit was scheduled to go to trial in February of 2016, Zimmer Biomet agreed to pay a settlement of $350,000.

On December 8, 2016, the Department of Justice announced a revised settlement with Zimmer Biomet over allegations that Biomet bribed government-run healthcare providers in Argentina, Mexico, Brazil and China for help in securing sales of its shoulder, hip and knee devices.

The case had originally been settled in 2012, however, Biomet admitted to additional misconduct in Mexico and Brazil in 2015. Investigators found that medical device manufacturers like Biomet would pay bribes to foreign officials that were masked as scientific incentives, commissions, royalties, and consulting fees in company records.

Zimmer Biomet has agreed to pay $17.3 million in criminal penalties, as well as a civil settlement of $5.4 million to the U.S. Securities and Exchange Commission. They also agreed to maintain a compliance program to prevent future misconduct.

If you or a loved one underwent shoulder replacement surgery with a Zimmer Biomet implant since 2008, it is important to learn if you are affected by a recent recall and what are your legal options. Certain models have been recalled due to health risks and patients are eligible for compensation from the manufacturer due to their failure to issue proper warnings.

Zimmer Biomet has issued three recalls of the Comprehensive Reverse Shoulder implant, due to risks of fracture or defective locking rings. Fractured devices can require painful removal surgery, as well as infection, permanent loss of shoulder function, or death.

Choosing the right lawyer is important for several reasons. First, these cases are usually filed in special federal MDL courts, rather than in your local area. They are also fought against large, powerful companies with endless resources and teams of lawyers. You need someone with equal experience and resources who has handled thousands of these cases before.

The right lawyer will meet offer to come to you rather than you having to travel to their office. They will also gather all necessary records and appear on your behalf for all court events possible. Therefore, it’s unlikely you’ll have to leave home.

Above all, it is important that you DON’T SIGN ANYTHING from Zimmer Biomet or their representative about the shoulder recall, before first speaking with a lawyer.

DrugNews works only with lawyers and firms that specialize in these types of drug and medical device injury lawsuits, and have already handled thousands of these cases nationwide. Call, email or chat with us today to start the process and speak with a lawyer at no charge.