The European Medicines Agency has warned that SGLT2 diabetes drugs like Jardiance, Farxiga and Invokana may significantly increase the occurrence of side effects leading to lower limb amputation. However, in the U.S., the FDA has only required such warnings for Invokana.

SGLT2 diabetes drugs like Jardiance, Farxiga and Invokana were first introduced in 2013. However, the potential risks for lower limb amputation weren’t recognized until 2016, when studies of Invokana showed patients had nearly twice the number of foot or toe amputations as normal. Unfortunately, none of the drug manufacturers had warned patients of these risks before.

In February of 2017, the European Medicines Agency ordered the makers of all SGLT2 drugs, Jardiance, Farxiga and Invokana, to warn patients about the potential risks for amputations. On May 16, 2017, the FDA also issued new invokana warnings, saying Invokana may cause twice the risk for leg or foot amputation in patients. However, they didn’t require the makers of Jardiance or Farxiga to add the same warnings.

As a result, those patients taking Jardiance or Farxiga in the United States may have not been properly warned about risks for lower limb amputations. However, lawyers are helping those affected file claims against the manufacturers. 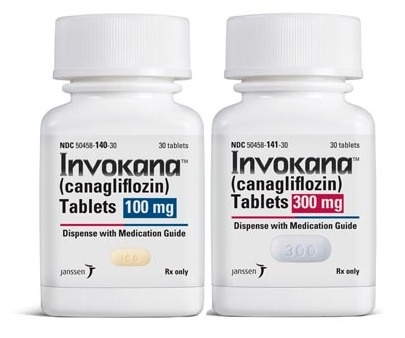 The Invokana amputations study, known as CANVAS, was never intended to find these risks.

After SGLT2 drugs were first released in 2013, the FDA, concerned about reports of patient heart attacks and kidney damage, ordered two new studies to measure these risks. These were known as CANVAS and CANVAS-R.

While Invokana maker Johnson & Johnson hailed the results for showing lower cardiovascular (heart attack) risks among patients, these two trials had the unintended effect of uncovering the danger of SGLT2 diabetes drug amputations.

These results, which were more than double the rate of patients not taking SGLT2 diabetes drugs, stunned researchers and led both the European Medicines Agency and FDA to add new warnings.

Why Do Certain Diabetes Drugs Cause Amputations?

Studies suggest that the higher risk of lower leg amputations among SGLT2 drug patients may be due to a worsening of diabetes-related side effects, and may be confined mostly to patients over the age of 65.

Those with type 2 diabetes are already at a greater risk of complications due to infections, nerve damage, heart disease, kidney damage and poor blood flow. The data shows an exacerbation of these problems may be why certain drugs can cause greater amputation dangers.

Among those over the age of 65 taking Invokana, there was a greater chance of issues like foot ulcers, bone fractures, infections, restricted blood flow and resulting tissue death. In all, these factors more than doubled the risk of amputation. Health officials have warned of similar risks with Jardiance and Farxiga.

In most cases, the amputation occurred with a toe or middle of the foot. However, some cases of severe infection or tissue death involved amputation of the leg above or below the knee.

The mechanism of injury leading to lower leg amputations in those taking diabetes drugs is often due to a series of side effects that lead to tissue death, while hiding the dangers from the patient until it is too late for prevention.

For example, the problem often starts with a simple ulcer or sore on the foot. However, those with diabetes, and especially those taking SGLT2 drugs, may be more at risk of nerve damage, causing numbness in the affected area. This may prevent early detection or treatment of the ulcer.

An untreated ulcer can easily degrade to an infection in the surrounding tissue or bone, which often leads to amputation. In fact, more than 25% of foot ulcers in those with diabetes lead to amputation.

Likewise, the higher chances for bone fracture or ischemia (reduced blood flow) may also be a mechanism of amputation injury in patients taking SGLT2 drugs. Fractures that go unnoticed due to nerve damage, coupled with a loss of blood flow, can speed up infection or tissue death.

As a result, anyone with type 2 diabetes or taking SGLT2 medication is urged to conduct daily checks for injury to their feet and lower legs. Some doctors even recommend monitoring for a difference in the temperature of each foot to check for infections.

In the short time Invokana (Canagliflozin) has been on the market, FDA officials have issued at least 5 reports or warnings linking it to dangerous and potentially fatal side effects.

In order to prevent the onset of injuries that may lead to lower leg amputation, it is important for those taking Invokana to monitor for certain symptoms.

Doctors propose that most amputations are caused by infections that develop from untreated ulcers, bone fractures or tissue death due to restricted blood flow, all of which can be worsened in patients taking Invokana.

In order to detect problems early, and receive the necessary treatment to prevent lower leg amputation, patients should perform a daily check for the following symptoms:

Any of the above may be a sign of an undetected ulcer, bone fracture or restricted blood flow that can lead to infection or tissue death. If you are taking Invokana and notice any of these symptoms, it is important to speak with your doctor immediately.

Based on the results of the CANVAS and CANVAS-R studies showing increased dangers of leg and foot amputation in those taking Invokana, officials with the European Medicines Agency issued a warning for all SGLT2 drugs about the risks for amputation.

As a result, all patients taking Jardiance, Farxiga, or Invokana are alerted of the potential for infections, bone fractures, restricted blood flow and tissue damage while taking these medications that may increase the occurrence of amputations.

So far, only studies of patients taking Invokana have shown a definite increase in amputations. In fact, one study, although funded and conducted by representatives for Jardiance, showed no increased amputation risk with Jardiance.

However, due to the increased chances for ulcers, nerve damage, ischemia and gangrene in those with diabetes, patients taking these drugs are urged to monitor for any symptoms that may be precursors for amputation until further testing is performed.

With recent studies showing patients taking Invokana may have twice the risk of foot or leg amputation, experts are taking a closer look at other drugs in the SGLT2 class, such as Jardiance and Farxiga, for similar risks.

With recent studies showing patients taking Invokana may have twice the risk of foot or leg amputation, experts are taking a closer look at other drugs in the SGLT2 class, such as Jardiance, for similar risks.

So far, there are no studies to suggest that Jardiance carries the same risks for leg and foot amputation as Invokana.

In fact, a recent review of a study conducted on Jardiance suggests there is no increased risk for amputation. In November, doctors reexamined data from the 2015 EMPA-REG cardiovascular study of Jardiance to look for signs of hospitalizations that resulted in serious treatment, and found no increase in amputations among Jardiance users.

Researchers are continuing to explore the risk of amputation among all SGLT2 drugs, However, for now, it looks to be confined to Invokana.

Last year, the FDA added warnings that the SGLT2 diabetes drug Invokana could double the risk of lower limb amputations. As a result, many patients taking the similar drug Farxiga are concerned about its dangers.

At this time, only studies on Invokana have uncovered an increased amputation risk. However, the European Medicines Agency has added warnings to all SGLT2 drugs, including Farxiga, about amputation risks.

The FDA has not required AstraZeneca, the manufacturer or Farxiga, to add box warnings for lower leg amputations. However, this could change as more research is conducted.

Patients who’ve suffered limb amputation after taking the diabetes drugs Jardiance, Farxiga or Invokana have the option to file a claim against the manufacturers for their damages.

So far, thousands of victims have filed lawsuits against the makers of SGLT2 drugs in special federal MultiDistrict Litigation courts in New Jersey and Pennsylvania for side effects ranging from amputation to ketoacidosis and kidney damage. With trials set to begin, reports indicate the companies have actively pursued settlements with many victims.

If you’ve suffered a similar injury, a Farxiga or Jardiance amputation lawyer can discuss your case, gather the necessary records, and file a claim without you ever having to leave your home. Also, it costs you nothing unless you receive compensation.

The time to file an amputation lawsuit may be limited by the laws of your state, so it’s recommended that you speak with a lawyer as soon as possible. Contact DrugNews today to speak directly with a Farxiga lawyer or Jardiance lawyer at no cost.