Have you developed ALCL cancer after a breast augmentation?
Free case review 

FDA experts recently admitted they’ve received nearly 500 reports of a rare cancer called ALCL in patients receiving breast implants, with most of these occurring in textured surfaced models. This year, health officials in France and Canada became the first to ban the use of textured surface breast implants. 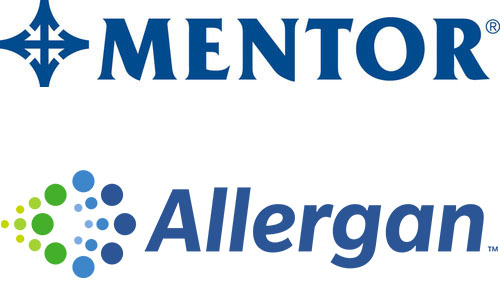 This year, health officials in France became the first in the world to issue a ban on the use of all textured breast implants in new patients, after studies showed they may have more than 10 times the risk of causing a rare form of lymphoma cancer called ALCL. Just before that, authorities at Health Canada ordered the recall of Allergan’s Biocell textured implants, the only ones being sold in that country.

In the U.S., the FDA has repeatedly warned about the risks of ALCL cancer tied to breast implants since 2011, but has stopped short of ordering a recall or banning their use in new cases. This year, they admitted receiving more than 10,000 reports of complications related to patients with breast implants.

The Symptoms & Dangers of ALCL

Anaplastic large cell lymphoma (ALCL) is a rare form of non-Hodgkin's lymphoma characterized by the rapid multiplying of abnormal white blood cells. Despite being located around the breasts, it is not breast cancer.

ALCL can take approximately 8-10 years to develop after breast augmentation. Unlike normal non-Hodgkin’s lymphoma, however, which concentrates in the neck, armpits or groin, ALCL typically remains in the area of the implant.

The World Health Organization and FDA have stated ALCL is highly treatable if discovered early. Left untreated, however, it can spread quickly with fatal results. ALCL is usually treated by removing the affected implant and capsule, as well as chemotherapy or radiation in some cases.

The symptoms of anaplastic large cell lymphoma (ALCL) include:

While the FDA says women with breast implants do not need to change their medical care, they should monitor for and report any symptoms to their doctor.

The breast implant industry, worth nearly $650 million each year, has been linked with health concerns for decades. In 2006, the FDA lifted a 14-year ban on many of these devices, and companies have increased sales since.

Doctors first identified a link between breast implants and ALCL cancer in 1997. In 2011, the FDA and World Health Organization identified a more definite risk. However, none of the implant manufacturers have voluntarily recalled their products since that time.

The treatment costs, pain and health risks of cancer such as anaplastic large cell lymphoma can be substantial for those affected.

Due to the manufacturers’ continued sales of these dangerous products, and failure to properly warn patients of the risks, they are liable to those affected. Lawyers are currently helping those diagnosed with ALCL file lawsuits.

2. How do you qualify for a breast implant cancer lawsuit?

Anyone who has been diagnosed with anaplastic large cell lymphoma (ALCL) after undergoing breast implant surgery, or survivors of someone who has died from the disease, may qualify.

In both cases, potential claimants should learn their legal options as soon as possible before the expiration of their statute of limitations. Those who qualify may be entitled to substantial compensation. A lawyer can review your case and find out if you qualify at no cost to you. Contact DrugNews today in order to speak directly with a lawyer.

3. Is there a breast implant cancer class action lawsuit?

No. So far, no one has filed a class action lawsuit for breast implant cancer. Instead, lawyers are filing individual cases for those injured in different court districts. Since the FDA warning could affect thousand of patients, a large number of claims are expected.

Lawyers expect hundreds or even thousands of women who have been diagnosed with ALCL may come forward to file lawsuits. In this case, the claims are usually moved to one dedicated court venue, called a multidistrict litigation (MDL) court, for faster handling.

MDL courts have many of the benefits of class action lawsuits, without binding plaintiffs to one law firm that they didn’t choose. Also, victims can make more decisions on their individual cases, and often receive more compensation than participants in a class action.

4. How much are breast implant cancer lawsuits worth?

Like any lawsuit, the value of each breast implant lawsuit is different. It can depend on many factors like the stage of cancer, the extent and duration of treatment needed, the patient’s age, whether surgery, chemotherapy or radiation is necessary, and whether they pass away.

Based on the severity and risk of death associated with any cancer, lawyers expect these lawsuits will seek compensation into the millions of dollars in some cases.

5. How long does it take to file a breast implant cancer lawsuit? What is involved?

Finding out if you qualify and filing a claim is much easier than you may expect. You can contact DrugNews by live chat, email or phone, and be talking to a lawyer today at no cost. They will ask a few simple questions to see if your case qualifies for further investigation.

After you have agreed to let a lawyer specializing in breast implant litigation represent you, they will obtain your medical records and other pieces of evidence to file a lawsuit. The time to prepare your case for trial or settlement can take 12-24 months, and is subject to dates set by the court.

However, your lawyer will in most cases appear for you so no travel is necessary. And, there is no cost to you unless you receive compensation.

Lawsuits against makers of breast implants.

This case was filed in April of 2018 by an Ohio woman who developed breast implant associated anaplastic large cell lymphoma (BIA-ALCL) eight years after receiving her MemoryGel SILTEX implants from the defendant. As a result she had to endure reconstructive surgery, lymph node removal, chemotherapy and other cancer treatments.

In March 2018, a Colorado woman filed a lawsuit against Allergan, the largest manufacturer of breast implants, alleging she developed breast implant associated anaplastic large cell lymphoma (BIA-ALCL) after having her Natrelle silicone implants for only two years. As a result, she underwent reconstructive surgery, lymph node removal and several various cancer treatments. She has requested a trial by jury.

It is estimated that worldwide, there are between 5 and 10 million women with breast implants. At present, there are around 13 companies that supply this multi-billion dollar market. In the United States, the majority of implants are sold by Allergan, Mentor and Sientra.

Other breast implant brands include:

If you or someone you know has developed anaplastic large cell lymphoma after receiving breast implants, it is important to speak with a lawyer about your rights. You may be eligible for substantial compensation.

Anaplastic large cell lymphoma (ALCL) is a rare form of non-Hodgkin's lymphoma that causes rapid multiplying of abnormal white blood cells around the breasts. It can take from 8-10 years to develop after breast implant surgery. Although ALCL is highly treatable if discovered early, it can spread and be fatal if left untreated.

Lawyers are now pursuing lawsuits against several breast implant manufacturers due to their failure to properly identify the cancer dangers or warn patients. These cases are likely to be consolidated in special courts, therefore, it is important to select a lawyer with substantial experience in mass tort defective device litigation.

DrugNews works only with lawyers that specialize in medical device injury cases such as these, and have handled thousands nationwide. Contact us today to speak with a lawyer at no charge.